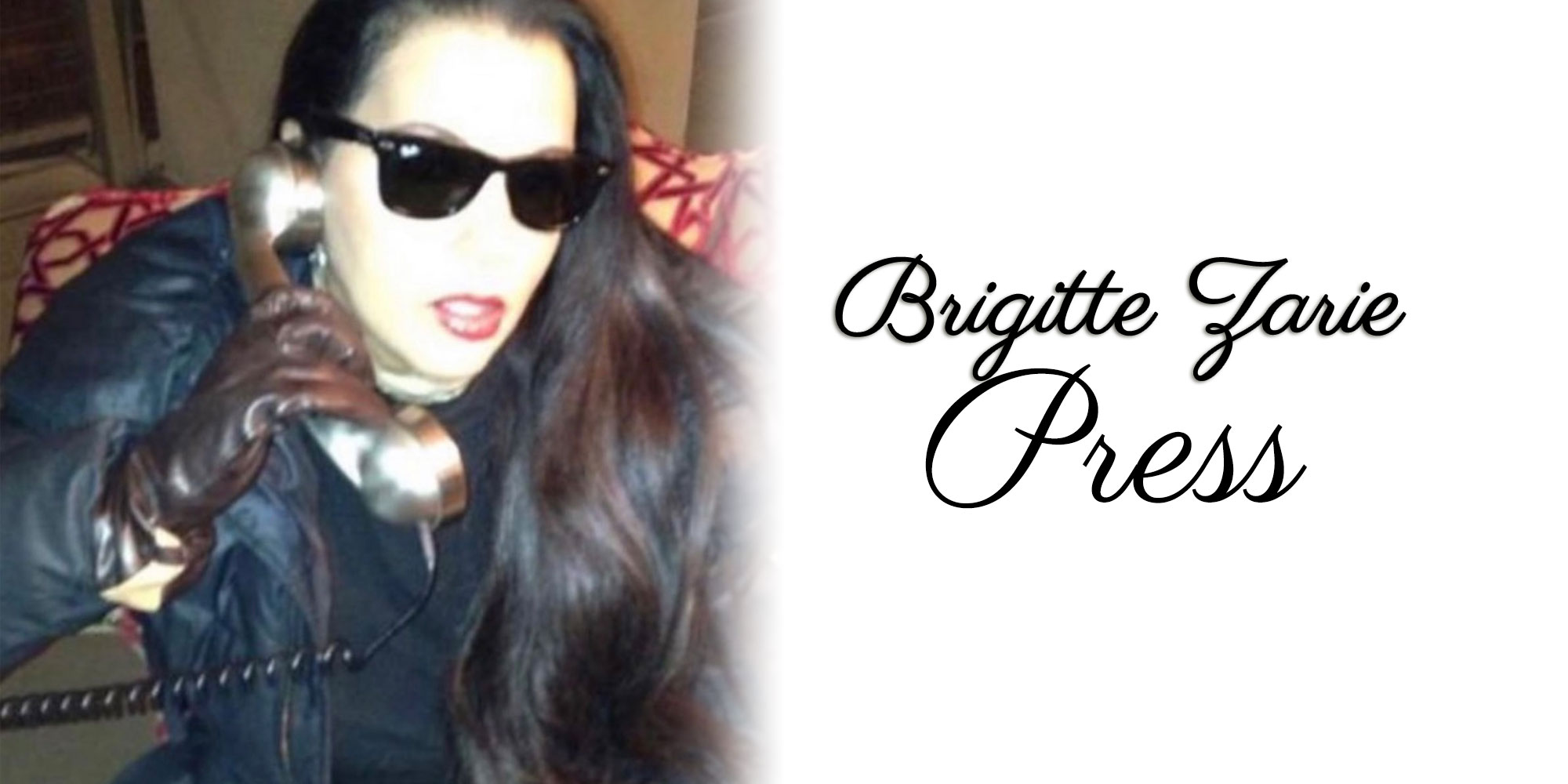 The setting: Casablanca. The scene: A sultry woman walks across a smoke-laced jazz club to request a song from a handsome horn player onstage in his French Foreign Legion uniform. “Only if you dance with me,” is his coy reply. And so it begins. Except this is not a movie. This was a real life moment for Brigitte Zarie’s parents. With a roots like that is it any wonder Zarie’s much-anticipated third album, Marie, is her most romantic record to date? It’s also the renowned French jazz vocalist-composer’s most heartfelt effort, having recently lost her mom, for whom the 11-track disc is named and dedicated to. Explains Brigitte, “This felt like the appropriate time to honor her. She inspired all of the songs and it was a very therapeutic process for me. It’s my gift to her for the gift she gave to me.” She adds, “I chose July 14th as the release date for a very special reason: It’s my mom’s birthday.”

Present are all the ingredients that define the Toronto-born-and-raised Zarie’s signature sound: Swinging big band jaunts and swaying bossa novas—both courtesy of masterful production by husband and studio legend Neil Jason, with crafty arrangements by Jason and Don Harris; stellar performances by such New York City stalwarts as Randy Brecker, Paul Shafer, Shawn Pelton, Tom “Bones” Malone, John Tropea, Dave Mann, Ada Rovatti, Frank Greene and James Genus, to name a few; and of course Zarie’s purring, deftly-phrased vocals, giving the songs both their depth and their headwinds. A new element is provided via duets with singing stylist supreme Steve Tyrell and iconic European crooner Enrico Macias. And of course there’s the other essential component: Ms. Zarie’s choice to write her own songs instead of covering standards, like most jazz vocalists do. “I need to tell my own story. How is anyone going to get to know me if I sing someone else’s saga about love or life? There’s nothing wrong with singing standards, they’re magnificent and I was heavily influenced by them. But when I have an emotional issue or thought my first instinct is to find a pen and write a song about it. It’s a requirement my soul has.”

The record opens with the breezy, horn-laden “Movin’ On” and the elegant “Pretend.” Respectively, they’re about getting past a bad relationship, and making believe everything is fine in the face of loss, and they offer a clue into Zarie’s composing methods. “I rarely say, Now I’m going to write a song. Usually they just occur to me during the course of my day, in the form of a melodic phrase or lyric idea that I will immediately sing into my phone. Then I’ll sit down at the piano and complete my thoughts, and decide if I’m hearing a big band, a quintet, or an even more intimate setting. Sometimes the whole song will come to me at once. Either way, I wait for the spark.” It’s an ignition process she constantly fuels. “I need to see, feel and experience things, and get outside of my comfort zone.”

The first of two dazzling duets is the title track, a poignant bossa nova sung in French, with Enrico Macias. “Enrico is like the Tony Bennett of France. I grew up on his music and my mom was a huge fan. So when I wrote the song about her, I realized there’s no better person to sing it to her. I reached out to Enrico, told him my concept and played him the tune, and he agreed to do it. Fortunately he was coming to New York for a concert, so it all worked out. I’m sure my mom had something to do with that, in a cosmic way!” The other duet is “I Can’t Wait,” a Sinatra-esque finger snapper with the unmistakable voice of Steve Tyrell. “Steve is a supreme song interpreter and a wonderful human being. Neil and I sent him a couple of choices and he chose ‘Wait.’ Neil was playing the Hollywood bowl with Bryan Ferry and we were able to record Steve while we were out there. To hear my lyrics come to life through artists like Enrico and Steve is joyous and humbling.”

On the heels of “I Can’t Wait” is another big band blast, “It’s Love,” which drives home a central motif of the album: Horns serve as the main counter-voice to Zarie’s vocals. “Growing up I was more influenced by horn players than singers; besides my dad, it was people like Stan Getz, Charlie Parker, Lester Young and Dizzy Gillespie. Neil always says I sing like a horn player. On this record my thought was the more horns the better. I like having them call and answer me, as if we’re having a conversation. They’re singing, just like I am, and I don’t always want to hear myself; let someone else take the spotlight. Especially when I’m blessed and honored to have some of the best musicians in the world play on my records.”

“I’m In the Mood” and “I’d Marry You Every Day If I Could” make for a compelling pair of ballads. The former is a dreamy, string-infused evocation, while the latter is for Brigitte’s better half. “It’s a love song about my husband. Indeed, I’d marry him every day. And beyond our personal relationship, working with Neil has been the miracle of my life. He’s every singer’s dream. He constantly inspires me and never lets me settle for anything but my best.”

Elsewhere, “Paris Reminds Me of You, ” featuring the accordion of Charlie Giordano, was inspired by a starry-eyed stroll in the Jardin des Tuileries. “That Would Be a Lie” is a playful, tongue-in-cheek samba that addresses Zarie’s Libra side. “It’s my dual personalities talking to each other,” she laughs. “This Libra is a bit flakey and off the cuff, but fortunately I retained the Libra trait of creativity.” And “One Last Kiss” has a cinematic atmosphere and infectious cha-cha groove. Equally exotic is the Afro-Cuban-laced bonus track, “Portofino,” featuring the singular trumpet of Randy Brecker. “It’s about an imaginary walk through the village of Portofino in Genoa, Italy, which I’ve never been to. Imagination is a key component for me. My wish for my fans and listeners is that they envision their own interpretation of what my songs are about, beyond the lyrics. Hopefully, they can place themselves inside and relate on many levels.” With the universally accessible themes on Marie, Zarie has increased that probability tenfold.